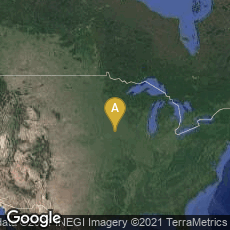 The Design and Principles of John Atanasoff's ABC Machine, and What John Mauchly Knew About It Working reconstruction of the Atanasoff-Berry Computer built between 1994 and 1997 by engineers at Iowa State University. Atanasoff’s special-purpose linear equation-solver, built with graduate student Clifford Berry, could solve a variety of problems but was not programmable. Computer History Museum.

In August 1940 American physicist and inventor John Atanasoff at Iowa State University in Ames, Iowa, wrote a thirty-five-page memorandum describing the design and principles of the what came to be known as the Atanasoff-Berry Computer or ABC machine. This may be the earliest extant document describing the principles of an electronic digital computer. It remained unpublished until 1973.

In December 1940 John Mauchly met Atanasoff at the Philadelphia meeting of the American Association of the Advancement of Science. After corresponding with Atanasoff about electronic calculating, Mauchly visited Atanasoff in Ames, and read the 35-page memorandum on the ABC machine that Atanasoff had written in August. Mauchly would later incorporate some of Atanasoff's ideas into his design for the ENIAC.

Because of World War II, in 1942 Atanasoff abandoned work on his special purpose ABC machine when it was nearly operational. The machine was largely forgotten until interest in it was revived for the lawsuit over the ENIAC patent. As a reference on Atanasoff and the ENIAC patent case I recommend the Iowa State University Department of Computer Science website on Atanasoff. In December 2014 it was available at this link.