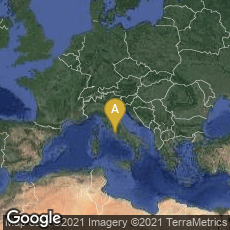 In 1948 The Catholic Church published the 32nd and final edition of the Index Librorum Prohibitorum, the first of which had appeared in 1559. The edition was printed on inexpensive paper by the Typis Polyglotis Vaticanis, in Vatican City, and issued in drab printed boards. Its 24 preliminary pages contained a preface in Italian and another in Latin, strongly suggesting that the book was intended mainly for priests, all of whom would have read Latin at this time. The index consisted of 508pp. Relatively few 20th century works were included.

"This 32nd edition contained 4,000 titles censored for various reasons: heresy, moral deficiency, sexual explicitness, political incorrectness, and so on. Among the notable writers on the list were Desiderius Erasmus, Lawrence Sterne, Voltaire, Daniel Defoe, Nicolaus Copernicus, Honore de Balzac, Jean-Paul Sartre, as well as the Dutch Sexologist Theodor Hendrik van de Velde, author of the sex manual The Perfect Marriage. A complete list of the authors and writings present in the subsequent editions of the index are listed in J. Martinex de Bujanda, Index librorum prohibitorum, 1600-1966, Geneva, 2002. Almost every great Western philosopher was, or is, included on the list--even those that believed in God, such as Descartes, Kant, Berkeley. . . .That some atheists are not included is to to the general (Tridentine) rule that heretical works (i.e. works of non-Catholics) are ipso facto forbidden. That some important works are absent is due to the fact that nobody bothered to denounce them."