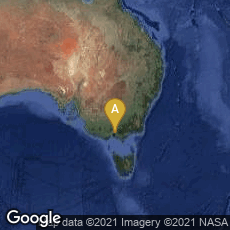 The intact CSIRAC on permanent display at the Melbourne Museum.

Excluding the BINAC, which only operated for a short time, the CSIR Mk1 was one of only three stored-program computers operating in the world at this time. CSIRAC, preserved at the Melbourne Museum, is the only intact first-generation electronic computers that survived. Other very early surviving machines include the Zuse Z4, and one or two Ferranti Pegasus computers.