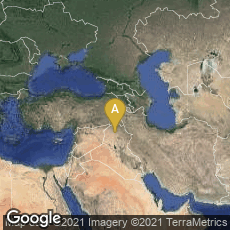 The Earliest European Alphabet and the Oldest Writing Tablets Image Source: www.schoyencollection.com
The writing engraved on these tablets is faintly legible if you enlarge them.

Two writing tablet in archaic Greek capitals with some North Semitic (Phoenician) letter forms dating from c. 800 BCE may be:

"the oldest European alphabet, the oldest writing tablet extant, and part of the world's oldest book in codex form. The other old writing tablets are 2 from Nimrod [Nimrud], one ivory, the other walnut wood, dated 707 - 705 BC., in addition to a 8th c. BC Neo-Hittite wood tablet. (Roberts/Skeat: The Birth of the Codex, pp. 11-12.) Apart from the present MS the oldest Greek inscription of any length is the Dipylon oinochoe from Athens, ca. 740 BC. The oldest short inscriptions are dated ca. mid 8th c. BC. A tablet originally bound with the present ones is: "The Würzburger Alphabettafel", published by A. Henbeck: Würzburger Jahrbücher für Altertumswissenschaft, 12, pp. 7-20, 1986. The codex originally consisted of at least 5 tablets. . . .The Alphabet is repeated over and over, and contains the North Semitic (Phoenician) number of letters (22), ayin/aleph to taw/tau in Phoenician and Greek order, written in continuous retrograde lines. It represents the earliest and most complete link between Greek letter forms and the North Semitic parent forms. . . ." (Schøyen Collection MS 108, accessed 02-19-2014).