Brian Jeffrey getting ready to power up the machine from the main power panel. Note the Creed teleprinter on the console at the left of the picture. Circa 1958. 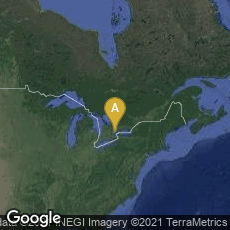 The First Electronic Computer in Canada, the FERUT, is a Ferranti Mark I FERUT’s console and power control panel as installed at the University of Toronto, circa 1953.

On September 8, 1952 the ACM held a special meeting in Toronto in honor of the installation of the first electronic digital computer in Canada, installed at the University of Toronto. It was a Ferranti Mark I, known as the FERUT computer. Ferut was the second of two Ferranti Mark 1 computers built. It was originally destined for the Atomic Energy Research Establishment in Britain, but before the computer could be delivered there was a change of government that resulted in the cancellation of any contracts over £100,000. Thus the computer became available to the University of Toronto at a greatly reduced price.