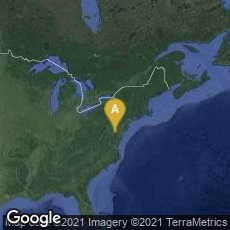 The tremendous explosion of scientific literature during and after World War II overwhelmed manual indexing and retrieval methods. To meet the need for greater control over the mushrooming expansion of information American librarian Mortimer Taube developed the system (and later the theory) of Coordinate Indexing, and helped to establish its use as a major tool in automated library searches and documentation. Taube defined coordinate indexing as “the analysis of any field of information into a set of terms and the combination of these terms in any order to achieve any desired degree of detail in either indexing or selection."

"Coordinate Indexing used 'uniterms' to make storing and retrieving information easier and faster. Uniterms 'constitute a special set of rules and requirements which makes both the analysis into terms and the combination of the terms in order to specify items of information a remarkably simple and efficient process.' Taube had split coordinate indexing into two categories, item and term indexing. It used punch cards and a machine reader to search for specific items or documents by terms or keywords....(Wikipedia article on Mortimer Taube, accessed 03-02-2012).

In 1952, with Gerald J. Sophar, Taube founded Documentation, Inc. There he developed automated data processing centers for handling scientific and technical information. In December 2013, when I wrote this entry, Documentation, Inc. was the earliest company of which I was aware, that was formed specifically for the purpose of automating library and documentation searches. After the foundation of NASA in 1958 Documentation, Inc. operated a technical center for NASA which provided NASA with a combination abstract and citation journal with a machine-produced index covering NASA reports and aquisitions, regular bibliographies in certain areas of aeronautuc and space sciences, microfilm reproductions of NASA reports, a high-speed reference service, and magnetic copies of the index to the total NASA collection. The company, which eventually employed 700 people, also produced Computexts, a series on magnetic tape designed for computer print-out of selected materials, offered for sale.

To automate the search process Taube developed the IBM 9900 Special Index Analyzer called COMAC (Continuous Multiple Access Collator). This was a punched card collator that tracked logical relationships among subject terms. Used with the IBM 9900, the IBM 305 RAMAC printed out results from searches of subject terms. Documentation Inc. eventually switched from the RAMAC to the lower cost IBM 1401.