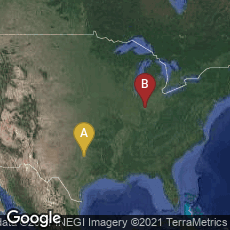 In November 1954 the first pocket-sized commercial transistor radio, the Regency TR-1 was offered for sale. Designed by Texas Instruments of Dallas, Texas, it was built and marketed by Industrial Development Engineering Associates (I.D.E.A.) of Indianapolis, Indiana. This was the first wide-sold transistorized product, and because of the novelty and small size, about 150,000 units were sold for $49.50 despite mediocre performance.

"In May 1954, Texas Instruments had designed and built a prototype transistor radio and was looking for an established radio manufacturer to develop and market a radio using their transistors. No major radio maker, including RCA, Philco, and Emerson, was interested. The President of I.D.E.A. at the time, Ed Tudor, jumped at the opportunity to manufacture the TR-1, predicting sales of the transistor radios would be '20 million radios in three years.' The Regency Division of I.D.E.A announced the TR-1 on October 18, 1954, and put it on sale in November 1954" (Wikipedia article on Regency TR-1, accessed 12-1-2013).