IBM 285 Tabulator with operator. "The card feed is at the top left and the card stacker below it a center left. The print unit is at the extreme right. Control switches are visible in the upper center, and above them the counter wheels of five accumulators. The 285 printed numeric data only and processed up to 150 cards per minute. The more expensive 405 (introduced 1934) could also print alphabetics. These were popular and long-lived models, IBM's biggest moneymakers until after World War II, and helped the new Social Security Administration automate its record keeping." The Tabulator was programmed with a plugboard.

IBM Type 016 Motor Driven Electric Duplicating Punch. "This was IBM's first punch with automatic feeding and ejecting mechanisms; it was marketed until 1960 (there was also an 015 model that lacked duplicating feature). The punching is done magnetically, and information from one card can be transferred automatically to another by a duplicator. The keyboard contains 12 punching keys, one for each row on the card. There are also space and eject keys. A master (program) card can be used to control automatic tabbing and duplication of fields. A skilled operator could punch 100-200 cards per hour on this model. Herb Grosch recalls, "You put a stack of blank cards in the feed [right], a single card, part of which you wanted to duplicate ('master card'), in the to-and-fro rack, and clipped a skip bar to the front of the carriage (p.82). A notch said skip, a deeper notch said copy." 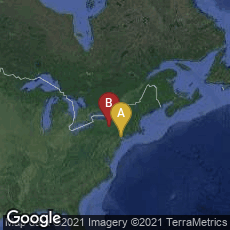 IBM 601 Calculating Punch for calculating and punching punched cards, introduced in 1931. "It read two factors up to eight decimal digits in length from a card and punched their product onto a blank field of the same card. It could subtract and add as well as multiply. It had no printing capacity, so was generally used as an offline assistant for a tabulator or accounting machine [4]. The 601 that was delivered to Eckert's lab in 1933 was a special model "capable of doing direct interpolation, a very unusual feature, especially designed for Eckert by one of IBM's top engineers at Endicott [NY]" [9]. Eckert went a step further by connecting the 601 to a Type 285 Tabulator and a Type 016 Duplicating Punch through a calculation control switch of his own design, forming the first machine to perform complex scientific computations automatically."

From 1933 to 1934 Wallace J. Eckert, who would become founder and Director of the Thomas J. Watson Astronomical Computing Bureau at Columbia University (1937-40), commissioned from IBM a special model of the 601 multiplying punch that was capable of doing direct interpolation—a very unusual feature. The punch was especially designed for Eckert by one of IBM's top engineers at Endicott, New York.

Eckert connected the 601 to an IBM Type 285 Tabulator and an IBM Type 016 Duplicating Punch through a calculation control switch of his own design, forming the first machine or group of machines to perform complex scientific computations automatically.