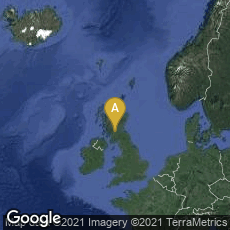 In 1906 chemist, historian of chemistry, and bibliographer John Ferguson published Bibliotheca Chemica. A Catalogue of the Alchemical, Chemical, and Pharmaceutical Books in the Collection of the Late James Young of Kelly and Duris.  The work was finely printed on handmade paper by James Maclehose of Glasgow in an edition of unknown size, in full buckram or quarter morocco bindings, and presented "With the Compliments of the Trustees and Family of the Late Dr. James Young of Kelly."

One of the earliest technical chemists, Young's discovery of the distillation of paraffin from coal and oil-shales made him the founder of the Scottish shale oil industry. In about 1850 Young set out to collect the classic original works in the history of alchemy, chemistry, and pharmacy, eventually aided in this pursuit by Ferguson. Along with Augustus de Morgan and Latimer Clark, Young was one of the earliest collectors of the history of science.

The Young collection numbered about 1400 separate items, many of which were already of the greatest rarity by the end of the nineteenth century. Ferguson's 2-volume catalogue of more than a thousand densely printed quarto pages, with bibliographical details of each work, biographical notices of each writer, and exhaustive lists of references in chronological order, set a new standard in scope and accuracy for the descriptive bibliography of the history of science. Sir William Osler considered Ferguson's catalogue the model of descriptive scientific bibliography, writing in his inimitable style:

"though an absorbing and profitable study, the results of bibliography are too often recorded in tomes of intolerable dullness. The merit that appeals to me [in Ferguson's Bibliotheca Chemica] is the combination of biography with bibliography. Beside the book is a picture of the man sketched by a sympathetic hand "

The Young collection is preserved in the Andersonian Library, University of Strathclyde, Glasgow.