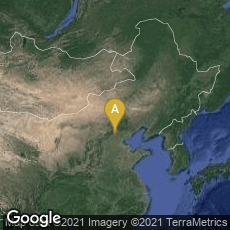 The Siku Quanshu: Probably the Most Ambitious Editorial Enterprise before the Wikipedia

The Qianlong Emperor in court dress.

The Siku Quanshu, variously translated as the Imperial Collection of Four, Emperor's Four Treasuries, Complete Library in Four Branches of Literature, or Complete Library of the Four Treasuries, and issued from 1773 to 1782, was the largest collection of books in Chinese history and, before the Wikipedia, probably the most ambitious editorial enterprise in the history of the world.

"During the height of the Qing Dynasty, the Qianlong Emperor commissioned the Siku quanshu, to demonstrate that the Qing could surpass the Ming Dynasty's 1403 Yongle Encyclopedia, which was the world's largest encyclopedia at the time.

"The editorial board included 361 scholars, with Ji Yun (紀昀) and Lu Xixiong (陸錫熊) as chief editors. They began compilation in 1773 and completed it in 1782. The editors collected and annotated over 10,000 manuscripts from the imperial collections and other libraries, destroyed some 3,000 titles, or works, that were considered to be anti-Manchu, and selected 3,461 titles, or works, for inclusion into the Siku quanshu. They were bound in 36,381 volumes (册) with more than 79,000 chapters (卷), comprising about 2.3 million pages, and approximately 800 million Chinese characters.

"Scribes copied every word by hand. 'The copyists (of whom there were 3,826) were not paid in cash but rewarded with official posts after they had transcribed a given number of words within a set time.' Four copies for the emperor were placed in specially constructed libraries in the Forbidden City, Old Summer Palace, Shenyang, and Wenjin Chamber, Chengde. Three additional copies for the public were deposited in Siku quanshu libraries in Hangzhou, Zhenjiang, and Yangzhou. All seven libraries also received copies of the 1725 imperial encyclopedia Gujin tushu jicheng.

"The Siku quanshu copies kept in Zhenjiang and Yangzhou were destroyed during the Taiping Rebellion. In 1860 during the Second Opium War an Anglo-French expedition force burned most of the copy kept at the Old Summer Palace. The four remaining copies suffered some damage during World War II. Today, the four remaining copies are kept at the National Library of China in Beijing, the National Palace Museum in Taipei, the Gansu Library in Lanzhou, and the Zhejiang Library in Hangzhou.  On the first month of the 37th year of Qianlong, the emperor issued an Imperial decree for Qing Empire, demanding the people to hand in their private book collections, in order for the compilation of Siku Quanshu. Due to the Manchu Empire's previous notorious record of Literary Inquisition such as in the case of Treason by the Book, the Chinese were too scared to hand in books, in the fear of subsequent persecution.

On October of that year, seeing that hardly any Chinese handed in books, Qianlong issued more Imperial Decrees, stressing the points (1) Books will be returned to owners once the compilation is finished. (2) Book owners would not be persecuted even if their books do contain Bad words. In less than three months after the issue of the decree, four to five thousands of different types of books were handed in.

"Apart from reassuring the book owners that they will be free from persecution, Qianlong made false promises and rewards to Chinese book owners, such as he would perform personal calligraphy on their books. By this time 10,000 types of books were handed in.

"Using the emperor initiated movement as a form of elite political contention among themselves, the Han Chinese literati of the society gave the emperor full cooperation and participation, thus helping Qianlong to fullfill his dream of establishing cultural superiority over all past emperors.

Qianlong's intention was very clear, he wanted his Siku Quanshu compilers to create a library of classical culture that contained no anti-Manchu elements, resulting in an empire-wide movement of house-to-house searches for "evil books, tracts, poetry, and plays". The movement was directed and led by Qianlong himself; the "evil texts" that were discovered were to be sent to Peking and burned, and the respective books owners, sometimes the whole families, were either sentenced to death, or exiled to remote land " (Wikipedia article on Siku Quanshu, accessed 10-26-2009).

♦ In February 2014 a digital version of the Siku Quanshu was available online from Eastview Information Services at this link.

"The way of organising and structuring knowledge in the Siku Quanshu is substantially different from the way knowledge is and has been organised in the Western tradition -- there are no direct analogs in traditional Chinese thought for concept-disciplines such as 'philosophy,' 'theology,' or 'literature.' Rather, the Siku Quanshu is based on the long-standing four-fold classification of knowledge that developed over 1400 years while simultaneously providing a refinement and reworking of taxonomical issues. As such, it represents the most complex, mature, and complete systematisation of Chinese knowledge before the introduction of Western organising methods and principles. Despite the overall predominance of Western taxonomical systems, the Siku Quanshu division is still used in universities and libraries across the world to organise pre-modern Chinese texts" (Stefano Gandolfo, https://www.stefanonthesilkroad.net/dphil, accessed 6-2019).

The Ishango Bone, Possibly One of the Oldest Calendars
Perhaps the Oldest Map in the World
In Mesopotamia Neolithic Tokens are Developed for "Concrete" Counting
The Earliest European Alphabet and the Oldest Writing Tablets
Standardization of the Homeric Texts Possibly Begins
Knowledge as Power: King Ashurbanipal Forms the Earliest Systematically Collected Library as Distinct from an Archive
Christianity Emerges, Leaving Little or No Dated Documentation
Automata Invented by Heron of Alexandria
The Form of the Manuscript Book Gradually Shifts from the Roll to the Codex
The First Jewish-Roman War Ends with the Destruction of the Second Temple