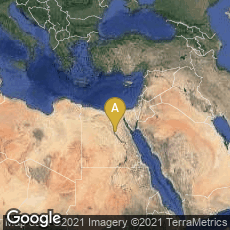 The Earliest Bookplates, or Ex-Libris The earliest recorded bookplates or ex-libris are small enameled ceramic plaques representing the ownership of pharaoh Amenhotep III (Amenophis III) and Queen Tiy (Teie), dating from 1391 to 1353 BCE, probably excavated from Amarna. One example with dark blue text on light blue enamel is in the British Museum (EA 22878. 62mm. x 38mm., 4.5 mm. thick. The hieroglyphs measure 7mm. in height on average.) Another example (incomplete) is at Yale (YUG 1936.100. The size is identical to the bottom part of the BM plaque; the color is said to be the same. See G. Scott, Ancient Egyptian Art at Yale.) A different plaque is in the Louvre (E 3043. 43 mm. x 20.4 mm.) These were probablyused as labels for a box containing papyrus rolls. It is possible that wire or string was threaded through the two holes at the top to fix the plaque onto its place on the lid.

"Substantial analysis of the British Museum plaque was first carried out by both British and German archaeologists in the late 19th and early 20th Centuries, but the definitive study is by H. R. Hall, published in the Journal of Egyptian Archaeology eighty years ago. The text in the upper part of the plaque, with the two royal cartouches, reads 'The Good God, Nimba-at-Re, given life, beloved of Ptah, king of the two lands, and the king's wife Teie, living'. There was substantial discussion as to the text at the bottom of the tablet (which is absent in the Louvre plaque) and Hall gives good argumentation that is reads 'Book of the Sycomore and the Olive'. At the top of the plaque, within the thickness of the pottery, there is a hole for passing a wire; it would seem that it was fixed with either to a papyrus directly, or perhaps to a box containing a papyrus or a cuneiform tablet. The latter seems a distinct possibility, as there are many heroic legends about trees in Assyrian literature" (Benoit Junod, Origins and early days of ex-libris, http://www.fisae.org/originstxt.htm, accessed 05-06-2012).

Hussein, Origins of the Book. Egypt's contribution to the development of the book from the papyrus to codex (1970) 24, plate 44.

The Armarna Letters, an Archive of Egyptian Diplomatic Correspondence Written in the Diplomatic Language, Akkadian Cuneiform
The Origins of Glassmaking in Egypt
The Uluburun Shipwreck