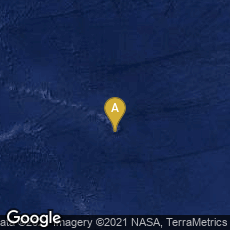 The First Photograph of Earth from an Orbiting Satellite The first crude image taken by the satellite Explorer 6 shows a sunlit area of the Central Pacific Ocean and its cloud cover.