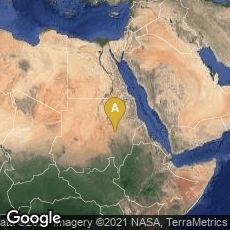 Thousands of graffiti— informal pictorial and inscriptional incisions— adorn the extensive sandstone walls of the Great Enclosure at Musawwarat es-Sufra (المصورات الصفراء al-Musawwarāt as-sufrā, Meroitic: Aborepi, Old Egyptian: jbrp, jpbr-ˁnḫ), also known as Al-Musawarat Al-Sufra. This large Meroitic temple complex in modern Sudan, dates back to the 3rd century BCE. The site is located 190 kilometers northeast of Khartoum. Many of the graffiti stem from the Meroitic period (c. 300 BCE to c. 400 CE), but also from the more recent post-Meroitic, Christian and Islamic periods. The graffiti, which name and depict gods, humans, animals — sometimes arranged in scenes, and showing symbols, objects and others — may offer a method for the interpretation of the use of this site over the many centuries of its operation. For example, the graffiti allow a rare view into the interplay between state and folk religion and practices.

In 2011 the Max Planck Institute for the History of Science and Humboldt University Berlin began development of the Musawwarat Graffiti Archive. In the "Graffiti in Place Database" a solution was developed for the integration of systematic graffiti-focussed information, and of data on the exact spatial contexts in which the pictorial and inscriptional graffiti were created and used. Such space-related data sets were difficult to publish in traditional paper format, and for this reason were often neglected in research and publication. In March 2014 database entries described 1542 graffiti on 1598 blocks of Temple 300 at the center of Complex 300, one of the most densely marked buildings at the site. The archive also contained more than 2,500 photographs, as well as 900 drawings of the graffiti of Temple 300.