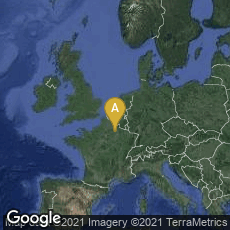 Discovery of the Earliest Known Practical Example of Polyphonic Music In 2014 Giovanni Varelli, a PhD student in musciology at Cambridge, discovered the earliest known practical example of polyphonic music— a piece of choral music written for more than one part— in a British Library manuscript in London. The music consists of a brief inscription written in the blank space at the end of a short manuscript of the life of the fourth-century bishop Maternianus of Reims, written down in the early tenth century. When the manuscript was received as part of the Harley Collection in 1753, nobody paid any attention to these scribblings, as evidenced by a large red Museum Britannicum library stamp that partly covers the writing. The two-line inscription is believed to date back to the start of the 10th century and is the setting of a short chant dedicated to Boniface, patron Saint of Germany.

Here is a video of a performance of the music: