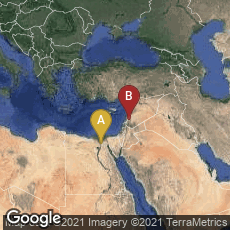 Autograph Manuscript by Ibn-al-Nafis on the Art of Medicine Accepted as the author’s autograph, three volumes, which are somewhat incomplete, comprise the thirty-third, forty-second, and forty-third volumes of the Comprehensive Book on the Art of Medicine by Ibn al-Nafis who died in Cairo in 1288. It is thought that Ibn-Nafis may completed this work in as many as 300 manuscript volumes, but that he may have published only 80 volumes in manuscript, which would have circulated in scribal copies. Of the very extensive writings that Ibn-Nafis is understood to have written, these volumes, preserved at Stanford University's Lane Medical Library, are the only autograph manuscripts by Ibn-al-Nafis which have survived, and one of a very small number of surviving autograph manuscripts by any famous medieval physician or scientist.

The first volume of these manuscripts contains a study of plants, minerals, and animals from the medical point of view. These are arranged alphabetically Vol. 2 continues the study and covers the letters taÌ„, thaÌ„, and jiÌ„m. It consists of two sections: Vol. 3 is a study of the use of the hand and surgical instruments for medical purposes.

Al-Nafis, an Egyptian physician of the 13th century, was credited with various innovations, most notably the discovery of the lesser circulation, three centuries before Servetus (1553) and Columbo (1559).