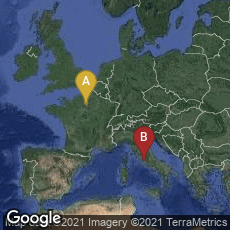 In response to a denunciation of "blasphemies" in the Talmud by Nicholas Donin, a Jewish convert to Christianity, On June 9, 1239 Pope Gregory IX ordered the archbishops of France, England, Spain and Portugal to seize all Jewish books and examine them. In his letter of June 20, 1239 Gregory ordered the churchmen of Paris to burn the confiscated works if they were found to contain "objectionable" content.