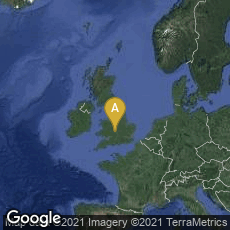 Sir Thomas Phillipps, the Greatest Private Collector of Manuscripts in the 19th Century, and Maybe Ever

From his private press at his estate at Middle Hill, Broadway, Worcestershire, England, Sir Thomas Phillipps issued Catalogus librorum manuscriptorum in bibliotheca d. Thomae Phillips, Bt., listing the most significant collection of manuscripts ever assembled by a collector. According to A.N.L. Munby, this catalogue of Phillipps's manuscript collection, published in fascicules, or parts, over more than thirty years, was issued in only 50 copies, of which only three surviving copies may be considered complete. The fascicules were printed by a variety of printers, only some of whom worked at Phillipps's estate, and Phillipps bound up copies from both corrected and uncorrected sheets, resulting in copies that are exceptional in their bibliographical complexity. The catalogue includes 23,837 entries, which, for various reasons outlined by Munby, describe a considerably larger collection that may have comprised about 60,000 manuscripts. In 1968 Munby issued, in an edition of 500 copies, a facsimile of a complete copy of the Phillips catalogue which belonged at the time to rare book dealer Lew D. Feldman: The Phillipps Manuscripts. Catalogus librorum manuscriptorum . . . with an introduction by A.N.L. Munby. (London: Holland Press).

"Philipps began his collecting while still at Rugby School and continued at Oxford. Such was his devotion that he acquired some 40,000 printed books and 60,000 manuscripts, arguably the largest collection a single individual has created. . . . A.N.L. Munby notes that '[h]e spent perhaps between two hundred thousand and a quarter of a million pounds[,] altogether four or five thousand pounds a year, while accessions came in at the rate of forty or fifty a week.' His success as a collector owed something to the dispersal of the monastic libraries following the French Revolution and the relative cheapness of a large amount of vellum material, in particular English legal documents, many of which owe their survival to Phillipps. He was an assiduous cataloguer who established the Middle Hill Press (named after his country seat at Broadway, Worcestershire) in 1822 not only to record his book holdings but also to publish his findings in English topography and geneology."

"During his lifetime Phillipps attempted to turn over his collection to the British nation and corresponded with the then-Chancellor of the Exchequer Disraeli in order that it should be acquired for the British Library. Negotiations proved unsuccessful and ultimately the dispersal of his collection took over 100 years. Phillipps's will stipulated that his books should remain intact at Thirlestaine House, that no bookseller or stranger should rearrange them and that no Roman Catholic should be permitted to view them. In 1885 the Court of Chancery declared this too restrictive and thus made possible the sale of the library which Phillipps’s grandson Thomas FitzRoy Fenwick supervised for the next fifty years. Significant portions of the European material were sold to the national collections on the continent including the Royal Library, Berlin, the Royal Library of Belgium and the Provincial Archives in Utrecht as well as the sale of outstanding individual items to the J. Pierpont Morgan and Henry E. Huntington libraries. By 1946 what was known as the 'residue' was sold to London booksellers Phillip and Lionel Robinson for £100,000, though this part of the collection was uncatalogued and unexamined. The Robinsons endeavored to sell these books through their own published catalogues and a number of Sothebys sales. The final portion of the collection was sold to New York bookseller H.P. Kraus in 1977 who issued a sale catalogue the same year: the last to bear the title Bibliotheca Phillippica. A five-volume history of the collection and its dispersal, Phillipps Studies, by A.N.L. Munby was published between 1951 and 1960" (Wikipedia article on Sir Thomas Phillipps, accessed 11-25-2008).