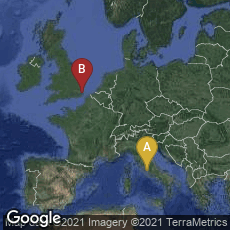 An Illustrated Gospel Book Brought by St. Augustine to England in 597 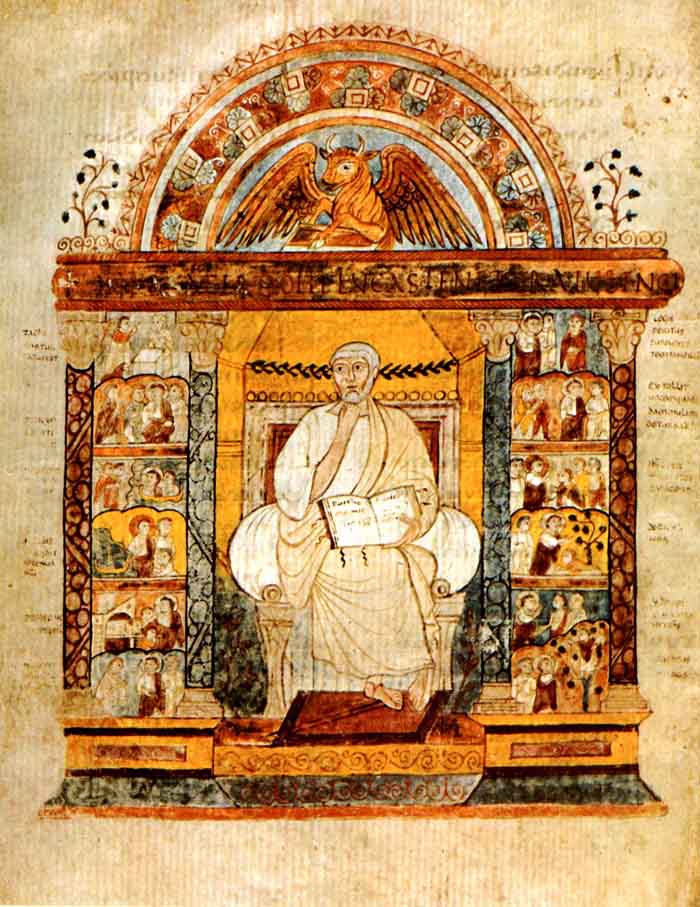 The St. Augustine Gospels, an illuminated Gospel Book written in a sixth-century Italian uncial hand, has traditionally been considered one of the volumes brought by St. Augustine from Rome to Canterbury, England in 597. The manuscript, from the library of Archbishop of Canterbury Matthew Parker, is preserved in the Parker Library at Corpus Christi College, Cambridge. It is characterized by the Parker Library website as the "oldest illustrated Latin gospel book now in existence." Assuming that it travelled to England with Augustine in 597, the manuscript has been in England longer than any other book. It contains corrections to the text in an insular hand of the late 7th or early 8th century, which would confirm the presence of the manuscript in England.

"It was certainly at St. Augustine's Abbey in Canterbury in the 11th century, when documents concerning the Abbey were copied into it. The manuscript was given to Corpus Christi College, Cambridge by Matthew Parker, Archbishop of Canterbury. It is still produced for the enthronements of new Archbishops of Canterbury."

"The manuscript once contained evangelist portraits for all four Evangelists. However. only the portrait for Luke is still extant (Folio 129v). A full page miniature on folio 125r prior to Luke contains twelve narrative scenes from the Passion" (Wikipedia article on the St. Augustine Gospels, accessed 11-25-2008)

In July 2019 a digital facsimile of the codex was available from the Parker Library on the Web at this link.