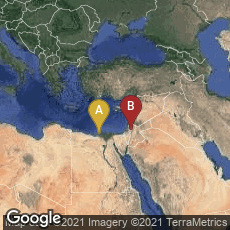 The Continuing Process of Canonization of the Hebrew Bible Occurs

"There is no evidence in non-Pharisaic Jewish circles before 70 CE of either a fixed canon or text [of the Hebrew Bible]. The Essenes at Qumran exhibit no knowledge of such, and the same is true of the Hellenistic Jewish community in Alexandria, and of the early Christian communities. The earliest clear definition of a 'closed' Hebrew canon is found in Josephus in his apologetic work, Contra Apionem, written in Rome in the last decade of the first century of the Common Era. He writes that there was a fixed and immutable number—twenty-two of 'justly accredited' books. Josephus no doubt draws upon his Pharisaic tradition in making his assertion, and presumes in his remarks a well-established doctrine of canon.

"I am persuaded by the accumulation of evidence, old and new, that the circumstances that brought on the textual crisis that led to the establishment of the Hebrew text—varied texts and editions, party strife and sectarian division, the systematization of hermeneutic rules and halakic dialectic—were the occasion as well for a canonical crisis and responding to it. The establishment of the text and the establishment of the canon were thus two aspects of a single if complex endeavor. Both were essential to erect 'Hillelite' protection against rival doctrines of cult and calendar, alternate legal dicta and theological doctrines, and indeed against the speculative systems and mythological excesses found in the books of certain apocalyptic schools and proto-Gnostic sects. Such literature abounds in the apocryphal and pseudoepigraphic works found at Qumran. To promulgate a textual recension, moreover, one must set some sort of limit on the books whose text is to be fixed. In choosing one edition of a book over another—in the case of Jeremiah or Chronicles or Daniel—one makes decisions that are at once textual and canonical. Utlimately, the strategies that initiate the establishment of biblical text lead to the de facto if not de jure establishment of a canon" (Frank Moore Cross, "The Dea Sea Scrolls: Light on the Text and Canon of the Bible," Gold (ed) A Sign and a Witness. 2000 Years of Hebrew Books and Illuminated Manuscripts [1988] 16-17).