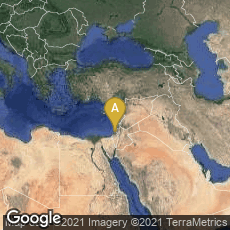 About 90 CE Rabbi Yohanan ben Zakkai relocated to the city of Yavne/Jamnia and received permission from the Romans to found a school of Jewish law there. The school became a major source for the later Mishna (Mishah), which recorded the Tannaim.

This school is often understood as a wellspring of Rabbinic Judaism. The Council of Yavne or Council of Jamnia, thought to have taken place about this time, referred to a hypothetical council under Rabbi Yohanan's leadership that, according to tradition, was responsible for defining the canon of the Hebrew Bible.

"Today, there is no scholarly consensus as to when the Jewish canon was set. Nevertheless, the outcomes attributed to the Council of Jamnia did occur whether gradually or in a definitive, authoritative council. Several concerns of the remaining Jewish communities in Israel would have been the loss of the national language, the growing problem of conversions to Christianity, based in part on Christian promises of life after death. What emerged from this era was twofold:

"Sociologically, these developments achieved two important ends, namely, the preservation of the Hebrew language at least for religious use (even among the diaspora) and the final separation and distinction between the Jewish and Christian communities. (Through nearly the end of the first century, Christians of Jewish descent continued to pray in synagogues.) But see also John Chrysostom's Sermons on Jews and Judaizing Christians" (Wikipedia article on Council of Jamnia, accessed 12-07-2008).