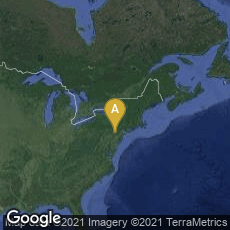 At Lehigh University, Bethlehem, Pennsylvania, on November 10, 1983 computer scientist Frederick B. Cohen demonstrated a virus-like program on a VAX11/750 system. The program was able to install itself to, or infect, other system objects.

In 1984 Cohen used the phrase "computer virus" – as suggested by his teacher Leonard Adleman – to describe the operation of such programs in terms of "infection". He defined a 'virus' as "a program that can 'infect' other programs by modifying them to include a possibly evolved copy of itself.”

"Cohen is best known for his pioneering work on computer viruses, the invention of high integrity operating system mechanisms now in widespread use, and automation of protection management functions."