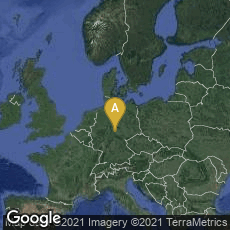 "Having attempted to define some features of the scribal culture that dominated that area of Europe which produced the printing press, I should like in conclusion to note three aspects of the book and its use that printing, for better or worse, drastically altered. . . . Print as an Agent of Change; its author [Elizabeth Eisenstein] curiously, does not treat these three aspects of change.

"(1) With the growth of print as the normal medium of the page, the main medieval vehicle for relating new thought to inherited tradition disappears— namely, the gloss and the practice of glossing. To be sure sure glossed books like the commentaries on the Decretum, the Liber sextus or Nicholas de Lyra on the scriptures are often printed; but the printed book is not itself an object in which one writes long glosses. Perusal of Chatelain, Paléographie des classiques latin (Paris, 1884-92), will uncover pages of Virgils, Lucans, Juvenals and Horaces, the set texts of the trivium, covered with interlinear and marginal glosses of all dates. The manuscript books had in fact been laid out to be glossed, namely, with the text in large letters down the center of the page, surrounded by white space. In contrast, one can think of only a handful of printed books in which the page has been set up in type to be glossed by hand. What effect this had on processes of thought, methods of instruction, and the structured comparison of new ideas to old, would be interesting to work out.

"(2) With the advent of print the book becomes a monolithic unit, compared to its handwritten predecessor. Medieval books, particularly those individualistic owner-produced volumes of the fifteenth century, are frequently made up of numerous pieces varying from one to several quires in length, which were initially kept in loose wrappers and were bound together by the institution which inherited the volume. A person interested in a given text could copy out what he wanted and no more: thus, of the two hundred manuscripts of the Lumen anime, only half can be classified according to one of three restructurings they represent, while the other half are all hybrids, adaptations to the needs and desires of the individual owner-producer. In contrast, although printed books are on occasion copied by hand or sections of them are copied out, the average printed-book library is comprised of whole books. Not until the advent of the Xerox machine were individuals again easily able to make up books in sections or produce tailor-made collections. It would be interesting to know what effect this had on patterns of reading.

"(3) Up to about 1450, the main vehicle par excellence for painting was the manuscript book: the monuments of medieval painting are in Gospel books, Psalters, Pontificals, Breviaries and Books of Hours. The advent of printing forces painting out of the book. It is a desperate wrench. Owners of incunabula have them filled with beautiful miniatures, printers hire illuminators to adorn books with initials and frontispieces, or to water-color woodcuts printed in Books of Hours, but it is a losing battle. By 1500-1520, the Book of Hours as the fifteenth century knew it is in the death throes of mannerism and sterility. With the exception of the producers of woodcuts—Holbein, Duerer, Pieter Breughel, all of whom also painted—not a single major artist  thereafter did his major work in the medium of the printed book. While panel painting as an art form clearly antedates the invention of printing, the transition to the printed page must have encouraged the growth of the new medium which was so important to Netherlandish art in the fifteenth and sixteenth centuries" (Rouse & Rouse, "Backgrounds to Print: Aspects of the Manuscript Book in Northern Europe of the Fifteenth Century," Authentic Witnesses: Approaches to Medieval Texts and Manuscripts [1991] 465-66).