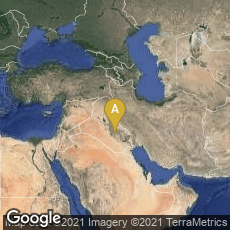 The Tablet House: A Scribal School in Babylonian Nippur. "In the Bronze Age (c. 3000-1200 BC in the Middle East) the production and transmission of literate knowledge was cited in scribal schools. No doubt temples, courts and other places were also centers of intellectual and cultural exchange at this time, but they have not yet been identified and analyzed as such through the archaeological record. Second-millennium schools, on the other hand, have been carefully studied in recent years, enabling us to look at them in the light of book history. For instance, in the early 1950s over a thousand tablets, mostly in fragments, were excavated from 'House F," a small urban house in Nippur near modern Najaf. According to the datable household documents found in it, House F was used as a scribal school in the 1750s BC, immediately after the reign of Hammurabi (1792-1750 BC) the most famous of the early Babylonian kings.

"About half of the tablets in House F are the by-products of an elementary scribal education. They take the trainee from learning how to use a stylus to make horizontal, vertical, and diagonal wedges on the tablet to writing whole sentences in literary Sumerian. The students doubless learned to make their own tablets too, because in the corner of the tiny courtyard was a bitumen-lined basin filled with a mixture of fresh tablet clay and crumpled up tablets waiting to be recycled. Both the elementary exercises and the tablets themselves were standardized, with format and content closely related to pedagogical function" (Robson, "The Clay Tablet Book in Sumer, Assyria, and Babylonia," Eliot & Rose [eds.], A Companion to the History of the Book [2007] 71).

It is thought that the tablets from House F survived because they were reused as building material.