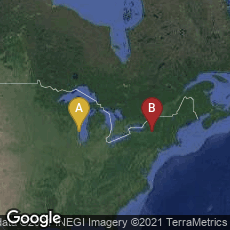 The Sholes & Glidden Type Writer, with the First QWERTY Keyboard

In 1872 the patent on the Sholes & Glidden Type Writer (U.S. patent 79,265, issued on June 23, 1868) was sold for $12,000 to Densmore and Yost, who licensed it to E. Remington & Sons, then famous as manufacturers of rifles and sewing machines. Remington started production of their first typewriter on March 1, 1873 in Ilion, New York. The machines, as first produced, were problematic in their operation.

The action of the type bars in the early typewriters were very sluggish and tended to jam frequently. To fix this problem, printer and publisher Christopher Sholes of Milwaukee, Wisconsin obtained a list of the most common letters used in English, and rearranged his keyboard from an alphabetic arrangement to one in which the most common pairs of letters were spread fairly far apart on the keyboard. Because typists at that time used the "hunt and peck" method, Sholes' arrangement increased the time it took for the typists to hit the keys for common two letter combinations enough to ensure that each type bar had enough time to fall back into place before the next one came up. This new arrangement, which Sholes invented in 1873, was named the Sholes QWERTY keyboard, and is still used today. Though Sholes had never imagined that typing would ever be faster than handwriting, which is usually 20 words per minute (WPM) or less, his invention with the QWERTY keyboard was the first machine to allow the operator to write faster than a person writing by hand.

When produced by Remington & Sons in 1874 Sholes's improved machine was called the “Sholes & Glidden Type Writer.” It had a keyboard with letters and numbers arranged in a four-line pattern (known as QWERTY from the first six letters in the top row), a wooden spacer bar, and a vulcanized india-rubber platen or roller. It only printed capital letters.

About 5000 of the Sholes & Glidden Type Writers were sold between 1874 and 1878, when Remington & Sons introduced the Remington 2,  the first typewriter to include both upper and lower case letters via a shift key.