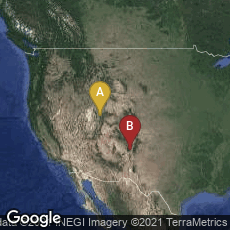 Origins of the Human Genome Project Logo of the Human Genome Project

In 1985, as Director of the U.S. Department of Energy’s (DOE) Health and Environmental Research Programs, Charles DeLisi and his advisors proposed, planned and defended before the White House Office of Management and Budget and the Congress, the Human Genome Project. The proposal created a storm of controversy, but was included in President Ronald Reagan’s Fiscal Year 1987 budget submission to the Congress, and subsequently passed both the House and the Senate.

The beginning of the project may have occurred in a workshop known as the Alta Summit held in Alta, Utah, December 1984.

"Robert Sinsheimer, then Chancellor of the University of California, Santa Cruz (UCSC), thought about sequencing the human genome as the core of a fund-raising opportunity in late 1984. He and others convened a group of eminent scientists to discuss the idea in May 1985. This workshop planted the idea, although it did not succeed in attracting money for a genome research institute on the campus of UCSC. Without knowing about the Santa Cruz workshop, Renato Dulbecco of the Salk Institute conceived of sequencing the genome as a tool to understand the genetic origins of cancer. Dulbecco, a Nobel Prize winning molecular biologist, laid out his ideas on Columbus Day, 1985, and subsequently in other public lectures and in a commentary for Science. The commentary, published in March 1986, was the first widely public exposure of the idea and gave impetus to the idea's third independent origin, by then already gathering steam.

"Charles DeLisi, who did not initially know about either the Santa Cruz workshop or Dulbecco's public lectures, conceived of a concerted effort to sequence the human genome under the aegis of the Department of Energy (DOE). DeLisi had worked on mathematical biology at the National Cancer Institute, the largest component of the National Institutes of Health (NIH). How to interpret DNA sequences was one of the problems he had studied, working with the T-10 group at Los Alamos National Laboratory in New Mexico (a group of mathematicians and others interested in applying mathematics and computational techniques to biological questions). In 1985, DeLisi took the reins of DOE's Office of Health and Environmental Research, the program that supported most biology in the Department. The origins of DOE's biology program traced to the Manhattan Project, the World War II program that produced the first atomic bombs with its concern about how radiation caused genetic damage.

"In the fall of 1985, DeLisi was reading a draft government report on technologies to detect inherited mutations, a nagging problem in the study of children to those exposed to the Hiroshima and Nagasaki bombs, when he came up with the idea of a concerted program to sequence the human genome.9 DeLisi was positioned to translate his idea into money and staff. While his was the third public airing of the idea, it was DeLisi's conception and his station in government science administration that launched the genome project" (Robert Mullan Cook-Deegan, Origins of the Human Genome Project, accessed 05-24-2009).

In March 1986 the Department of Energy, Office of Health and Environmental Research, sponsored a workshop at Los Alamos. This was edited by M. Bitensky and published as Sequencing the Human Genome. Summary Report of the  Santa Fe Workshop, March 3-4, 1986.

The initial report on the Human Genome Project appeared in April 1987 as: