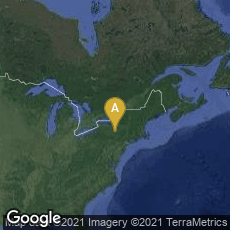 "Activities at Royal Naval Air Station Lee-on-solent, 13 To 17 September 1943 The Link trainer in action at the RNAS Lee-on-Solent. Here budding pilots receive their first training in blind flying while the instructing officer speaks to them by phone."

In 1929 Edwin Albert Link of Binghamton, New York designed and constructed the Link Trainer, the first flight simulator, as a safe way to teach new pilots how to fly by instruments. Link used his knowledge of pumps, valves and bellows to create a flight simulator that responded to the pilot's controls and gave an accurate reading on the included instruments.

Link Trainers became famous in World War II and were used by almost every combatant nation. The Link Company became a leader in flight simulation and training.