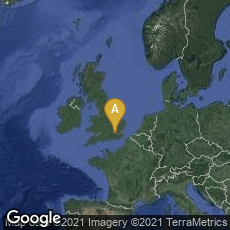 A recipe for Custarde taken from the Boke of Kokery, c. 1440.

In 1500 printer Richard Pyson, a native of France and eventually a naturalized Englishman, issued from "without" Temple Bar, London, a book entitled This is the boke of Cokery. The earliest cookbook printed in the English language, the work is known from a single surviving copy in the library of the Marquess of Bath at Longleat, Warminster, Wiltshire, England.

"In his Boke of Cokery, Pynson not only gave his readers a variety of recipes to choose from, heading this section 'The Calender of Cokery,' but set out details of as many historical royal feasts as he could muster. Whether he carried out the necessary research himself, or, as seems more likely, used the services of some unknown expert in such affairs, remains a mystery, but he undoubtedly made good use of an early manuscript of recipes now at Holkham Hall, Norfolk. Due to his efforts we known that 'The Feast of King Harry the Fourth to the Spenawdes and Frenchmen when they had jousted in Smythe Felde,' was composed of three courses of exotic game and meats, a typical list reading:

♦ The website of the British Library describes a manuscript written around 1440 entitled A Boke of Kokery, (accessed 06-07-2009).