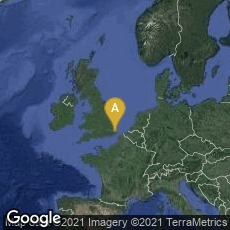 In 1568, at the age of 64, Archbishop of Canterbury Matthew Parker secured a license from Queen Elizabeth to seek out "auncient records or monuments" from the former libraries of the monasteries suppressed by Henry VIII, and from old cathedral priories converted to the use of the Church of England.

"He thus had first choice of many hundreds of manuscripts of the very highest importance. This was the earliest major antiquarian collection ever asssembled in England, long before those of Thomas Bodley (1545-1613) or Robert Cotton (1571-1631), which became the foundations of the libraries of the Bodleian in Oxford and, eventually, the British Library in London" (de Hamel, The Parker Library: Treasures from the Collection [2000] 8).