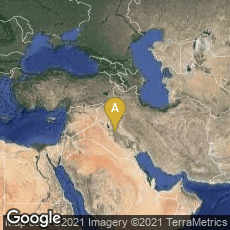 The earliest codex preserving ancient Greek music theory is Heidelbergensis Palatinus gr. 281. It was probably written in Seleucia on the west bank of the Tigris River, Mesopotamia (present day Iraq) by the scribe, Nikolaos Kalligraphos, and completed on January 14, 1040. The manuscript is preserved at Heidelberg University Library.

"The scribe's colophon states that 'this book was assembled from many works among the private papers of Romanus, judge at Seleucia and my master. All you who read it, pray for him.' The codex was conceived as a complete book; there are no blank leaves or sides. It preserves [Michael] Psellus' complete Syntagma together with the preliminary Logices, and this is followed by his Opiniones de anima, a short excert from Leontinius on the hypostatases, chapter 38 from Photius Quaestiones ad Amphilochium, and ten short theological treatises by Theodore Abucara, an author represented in Arethas' collection of books. It is surely no coincidence that this codex preserves these particular works, which point back to libraries of the ninth century, as well as the work of Psellus. After Theodor Abucara, the codex includes the koine hormasia and an accompanying canon; three sections from Theon of Smyna's treatise, here titled Μομσικομ κανονοξ κατατομη, or 'Division of the Musical Canon'; a short explanation of the musical ratios and genera, part of which corresponds to section 103 of the so-called Bellermann's Anonymous, and a series of excepts from Bacchius' treatise. . . "(Mathiesen, "Hermes of Clio? The Transmission of Ancient Greek Music Theory", Palisca, Baker, Hanning [eds.] Musical Humanism and its Legacy. Essays in Honor of Claude V. Palisca [1992] 9-10).

In February 2014 a digital facsimile of the codex was available from Heidelberg University Library at this link.