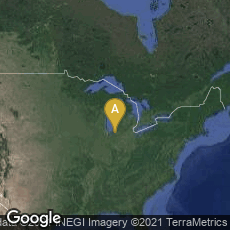 Ted Nelson Publishes a Manifesto of the Microcomputer Revolution In 1974 Ted Nelson (Theodor Holm Nelson) self-published from South Bend, Indiana, the book, Computer Lib / Dream Machines, sub-titled You can and must understand computers NOW. Nelson issued this together with: Dream Machines: New freedoms through computer screens—a minority report. In his book Tools for Thought: The History and Future  of Mind-Expanding Technology Howard Rheingold called Computer Lib "the best-selling underground manifesto of the microcomputer revolution."

in 1987 Microsoft Press reissued Nelson's book with an introduction by Stewart Brand, of the Whole Earth Catalog.

"Both the 1974 and 1987 editions have a highly unconventional layout, with two front covers (one for Computer Lib and the other for Dream Machines) and the division between the two books marked by text (for the other side) rotated 180°. The text itself is broken up into many sections, with simulated pull-quotes, comics, side bars, etc., similar to a magazine layout" (Wikipedia article on Computer Lib /Dream Machines, accessed 03-08-2012).