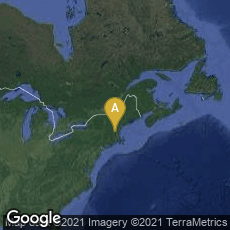 The first home video game console, the Magavox Odyssey, which used a television screen as a display, was first demonstrated on May 24, 1972 and released in August of that year, predating the Atari Pong home consoles by three years. The Odyssey was designed by Ralph Baer, of the defense contractor Sanders Associates. Baer began development around 1966 and had a working prototype finished by 1968.

This prototype, known as the Brown Box, is preserved in the Smithsonian Institution's National Museum of American History in Washington, D.C.

Ralph Baer and Sanders Associates obtained US Patent 3728480 (A) for the system on April 17, 1973. The abstract of the patent read as follows:

"The present invention pertains to an apparatus and method, in conjunction with standard monochrome and color television receivers, for the generation, display, manipulation, and use of symbols or geometric figures upon the screen of the television receivers for the purpose of training simulation, for playing games, and for engaging in other activities by one or more participants. The invention comprises in one embodiment a control unit, connecting means and in some applications a television screen overlay mask utilized in conjunction with a standard television receiver. The control unit includes the control means, switches and electronic circuitry for the generation, manipulation and control of video signals which are to be displayed on the television screen. The connecting means couples the video signals to the receiver antenna terminals thereby using existing electronic circuits within the receiver to process and display the signals. An overlay mask which may be removably attached to the television screen may determine the nature of the game to be played or the training simulated. Control units are provided for each of the participants. Alternatively, games, training simulations and other activities may be carried out in conjunction with background and other pictorial information originated in the television receiver by commercial TV, closed-circuit TV or a CATV station."