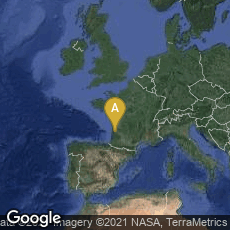 Jean-Pierre Gérault, president of i2S, Pessac, France, announced the formation of a French consortium to scan the contents of French libraries. The project is called "Polinum," a French acronym that stands for "Operating Platform for Digital Books."

"French President Nicolas Sarkozy has made catching up on France's digital delay one of the national priorities by earmarking euro750 million of a euro35 billion ($51 billion) spending plan announced earlier this week for digitizing France's libraries, film and music archives and other repositories of the nation's recorded heritage. These funds will mainly go to French libraries, universities and museums, who will use them to develop their own plans for digitizing their holdings.

"The consortium, meanwhile, intends to be the technological choice for those institutions, Gerault said. He declined to estimate what part of the euro750 million the consortium thinks it can capture.

"France's culture ministry has been in difficult negotiations with Google, which would like to help digitize France's archives but has met resistance in France over fears of giving the internet search giant too much control over the nation's cultural heritage, as well as over how it would protect the interests of authors and other copyright holders" (http://www.businessweek.com/ap/financialnews/D9CL4M480.htm, accessed 12-17-2009).