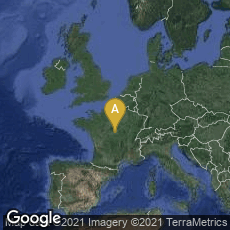 The Advantages of Orally Transmitted Traditions

Dependent as we are on written culture we should not lose sight of the advantages of orally transmitted traditions:

"Some might argue that, without writing, the same beliefs could not have prevailed over such a long period of time, but in reality, oral traditions are far more faithfully passed on than the written word. A written account can be open to multiple interpretations, distortions, and transformations, depending on the time and situation, economic imperatives, or the whims of political or religious leaders. Orally transmitted traditions, in contrast, must be rigorously and accurately passed on in order to survive in all their subtlety, and in the smallest of details. Furthermore, the written word, thought to be the surer and safer means of communication, is not only less reliable but also more permeable to outside aggression than are the more secret codes of an oral system. During the time of the Roman Empire, for instance, the fact that the Celts were still 'prehistoric'—meaning that they hadn't recorded their history, ways, and beliefs— made it much harder for the conquering Romans to devise an appropriate strategy to subjugate them" (Desdemaines-Hugon, Stepping-Stones. A Journey Through the Ice Age Caves of the Dordogne [2010] 75).