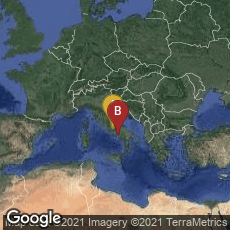 The Earliest Surviving Manuscript of Constantinus Africanus, One of the Earliest Comprehensive Medical Treatises Published in Europe 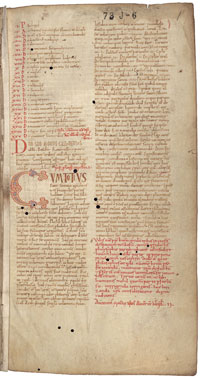 A manuscript of the Liber Pantegni by the Tunisian Muslim merchant-turned-monk, Constantinus Africanus, who traveled to Italy, converted to Christianity, and worked at the Abbey of Monte Cassino toward the end of the 11th century, is the earliest surviving copy of Constantinus's work. It has been characterized as " probably the oldest surviving medical codex in Western Europe;" however, that can hardly be accurate, if you consider Greek and Roman medicine "Western." For example, the earliest manuscript of Celsus's De Medicina dates to circa 850. More precisely the Liber Pantegni might be called one of the first comprehensive medical treatises published in Europe. It is believed that this codex, preserved in the Koninklijke Bibiotheek in The Hague. was produced in the Abbey of Monte Cassino, probably under the supervision of the author.

A compendium of Hellenistic and Islamic medicine, and to a large extent a translation of the Kitab al-malaki "Royal Book" of the Persian physician and psychologist Ali ibn al-Abbas, Constantinus's' Liber pantegni (παντεχνη "[encompassing] all [medical] arts") became a standard text at the Schola Medica Salernitana, the first European medical school, and was highly influential throughout the middle ages.

In February 2014 a digital facsimile of the manuscript was available at this link.