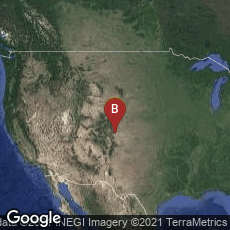 The Origins of NORAD On February 16, 1951 the Joint Chiefs of Staff (JCS) approved a U.S. - Canadian Permanent Joint Board on Defense (PJBD) recommendation (51/1) for an extension of the Permanent Radar Net. The recommendation called for the extension and consolidation of the control and warning system of Canada and the U.S. into one operational system to meet air defense needs of both countries.

On March 10, 1951 51 the U.S. Army Antiaircraft Command assumed command for the first time of all antiaircraft forces assigned to air defense for both countries.

These developments are considered the origin of NORAD (North American Air Defense Command; now North American Aerospace Defense Command). The agency was not officially founded until May 12, 1958. NORAD headquarters are located at Peterson AFB, Colorado Springs, Colorado. NORAD command and control is exercised through the Cheyenne Mountain Complex, located a short distance away.

"The Operations Center itself lies along one side of a main tunnel bored almost a mile through the solid granite heart of the mountain. The tunnel is designed to route the worst of a blast's shock wave out the other end, past the two 25-ton blast doors that mark one wall. The center was designed to withstand up to a 30 megaton blast within 1-nautical-mile (1.9 km).

"The underground Combat Operations Center (COC) was originally intended to provide a 70% probability of continuing to function if a five-megaton nuclear weapon detonated three miles (5.6 km) away, but was ultimately built to withstand a multimegaton blast within 1.5 nautical miles (2.8 km; 1.7 mi). It was also designed to be self-sufficient for brief periods, have backup communications and television intercom with related commands, house personnel during an emergency, and protect staff against fallout and biological and chemical warfare.

"The outer shells of the buildings are made of three-eighths-inch (9.5 mm) continuously welded low carbon steel plates which are supported by structural steel frames. Metal walls and tunnels serve to attenuate electromagnetic pulse (EMP). Metal doors at each building entrance serve as fire doors to help contain fire and smoke. Emphasis on the design of the structure is predicated on the effects of nuclear weapons; however, building design also makes it possible for the complex to absorb the shock of earthquakes. During a nuclear explosion, powerful springs that support the complex can absorb much of the energy. North Portal

"Blast valves, installed in reinforced concrete bulkheads, have been placed in the exhaust and air intake supply, as well as water, fuel, and sewer lines. Sensors at the North and South Portal entrances will detect overpressure waves from a nuclear explosion, causing the valves to close and protect the complex. The buildings in the complex are mounted on 1,319 steel springs, each weighing about 1,000 pounds (450 kg). The springs allow the complex to move 12 inches (30 cm) in any one direction. To make the complex self-sufficient, adequate space in the complex is devoted to support functions. A dining facility, medical facility with dental office, pharmacy and a two-bed ward; two physical fitness centers with exercise equipment and sauna; a small base exchange and barber shop are all located within the complex.

"Electricity comes primarily from the city of Colorado Springs, with six 1,750 kilowatt diesel generators for backup. Water for the complex comes from an underground supply inside Cheyenne Mountain, deposited into four excavated reservoirs with a capacity of 1.5 million U.S. gallons (6,000 m³) of water. Three serve as industrial reservoirs and the remaining one is the complex's primary domestic water source. They are so large that workers sometimes cross them in rowboats. About 30,000 to 120,000 U.S. gallons (110 to 450 m³) are actually retained at any given time.

"Incoming air may be filtered through a system of chemical, biological, radiological, and nuclear filters to remove harmful pathogens and/or radioactive and chemical particles.