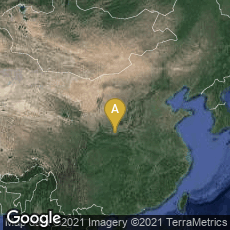 The Seven Epitomes is thought to have been compiled by the Chinese astronomer, historian and editor Liu Xin (Liu Hsin) during the Xin Dynasty, circa 53 BCE to 23 CE. A by-product of a collation project commissioned by the Emperor Ch'eng Ti of the Han Dynasty, it was the catalogue of all collated books housed in the libraries of the Inner Court at the time, initiated under the supervision of Liu Xiang (Liu Hsiang). These had been recovered after the burning of the books under the rule of the First Emperor Qin Shi Huang in 213-206 BCE.

Although the original classification system no longer survives, Chinese bibliographers believe that the majority of its entries, in a much abridged form, and its original classiﬁcation structure, have been preserved in the “Bibliographic Treatise” of the History of the [Former] Han Dynasty (Han shu “yi wen zhi”, compiled about a hundred years later. Scholars estimate that there were more than six hundred annotated entries in the Seven Epitomes arranged according to a carefully designed classiﬁcation system. The title of the catalogue seems to suggest that the system consisted of seven epitomes (classes). However, the “Treatise” included only six classes (without “Ji lüe” or the Collective Epitome). Since the Seven Epitomes is no longer extant, scholars have not been able to reach a consensus regarding the nature and content of Ji lüe. One speculation that has been widely accepted is that Ji lüe was the collection of brief summaries now seen at the end of each of the six main classes and their divisions. Nevertheless, no one disputes that the classiﬁcation in the Seven Epitomes was a six-fold scheme.

"There are six classes and divisions in the Seven Epitomes:

"1. Liu yi lüe (Epitome of the Six Arts) consisted of nine divisions, including one for each of the Six Classics (Odes, Documents, Rites, Music, Changes, and Spring and Autumn Annals), Analects of Confucius, Book of Filial Piety, and philology.

"2. Zhu zi lüe (Epitome of the Masters) consisted of ten divisions, including nine major afﬁliations of thought commonly known during the Warring States and an added afﬁliation of Novelists. "

3. Shi fu lüe (Epitome of Lyrics and Rhapsodies) consisted of ﬁve divisions, including three styles of poetry and two other genres. "

Tsuen-Hsuin Tsien, "A History of Bibliographic Classification in China," The Library Quarterly XXII (1952)  307-324.