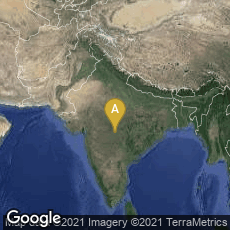 Composition of the Rigveda, One of the Oldest Extant Texts in Any Indo-European Language Image Source: en.wikipedia.org
"Geographical distribution of the Late Vedic era texts. Each of major regions had their own recension of Rig Veda (Sakhas), and the versions varied."

One of the oldest extant texts in any Indo-European language, the Rigveda (Rig Veda) (Sanskrit: ऋग्वेद ṛgveda, a compound of ṛc "praise, verse" and veda "knowledge"), an ancient Indian sacred collection of Vedic Sanskrit hymns, was composed in the north-western region of the Indian subcontinent.

"It is counted among the four canonical sacred texts (śruti) of Hinduism known as the Vedas. Some of its verses are still recited as Hindu prayers, at religious functions and other occasions, putting these among the world's oldest religious texts in continued use. The Rigveda contains several mythological and poetical accounts of the origin of the world, hymns praising the gods, and ancient prayers for life, prosperity, etc." (Wikipedia article on Rigveda, accessed 07-10-2011).

The date of composition of the Vedas is controversial. Some argue that the Rigveda was composed circa 3000 BCE, which would make it the oldest surviving literary work.