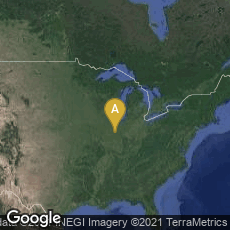 "AMONG the episodes in his life that didn’t last, that were over almost before they began, including a spell in the army and a try at marriage, Michael Hart was a street musician in San Francisco. He made no money at it, but then he never bought into the money system much—garage-sale T-shirts, canned beans for supper, were his sort of thing. He gave the music away for nothing because he believed it should be as freely available as the air you breathed, or as the wild blackberries and raspberries he used to gorge on, growing up, in the woods near Tacoma in Washington state. All good things should be abundant, and they should be free.

"He came to apply that principle to books, too. Everyone should have access to the great works of the world, whether heavy (Shakespeare, 'Moby-Dick', pi to 1m places), or light (Peter Pan, Sherlock Holmes, the 'Kama Sutra'). Everyone should have a free library of their own, the whole Library of Congress if they wanted, or some esoteric little subset; he liked Romanian poetry himself, and Herman Hesse’s 'Siddhartha'. The joy of e-books, which he invented, was that anyone could read those books anywhere, free, on any device, and every text could be replicated millions of times over. He dreamed that by 2021 he would have provided a million e-books each, a petabyte of information that could probably be held in one hand, to a billion people all over the globe—a quadrillion books, just given away. As powerful as the Bomb, but beneficial.

"That dream had grown from small beginnings: from him, a student at the University of Illinois in Urbana, hanging round a huge old mainframe computer on the night of the Fourth of July in 1971, with the sound of fireworks still in his ears. The engineers had given him by his reckoning $100m-worth of computer time, in those infant days of the internet. Wondering what to do, ferreting in his bag, he found a copy of the Declaration of Independence he had been given at the grocery store, and a light-bulb pinged on in his head. Slowly, on a 50-year-old Teletype machine with punched-paper tape, he began to bang out 'When in the Course of human events…'

"This was the first free e-text, and none better as a declaration of freedom from the old-boy network of publishing. What he typed could not even be sent as an e-mail, in case it crashed the ancient Arpanet system; he had to send a message to say that it could be downloaded. Six people did, of perhaps 100 on the network. It was followed over years by the Gettysburg Address, the Constitution and the King James Bible, all arduously hand-typed, full of errors, by Mr Hart. No one particularly noticed. He mended people’s hi-fis to get by. Then from 1981, with a growing band of volunteer helpers scanning, rather than typing, a flood of e-texts gathered. By 2011 there were 33,000, accumulating at a rate of 200 a month, with translations into 60 languages, all given away free. No wonder money-oriented rivals such as Google and Yahoo! sprang up all round as the new century dawned, claiming to have invented e-books before him. He called his enterprise Project Gutenberg. This was partly because Gutenberg with his printing press had put wagonloads of books within the reach of people who had never read before; and also because printing had torn down the wall between haves and have-nots, literate and illiterate, rich and poor, until whole power-structures toppled. Mr Hart, for all his burly, hippy affability, was a cyber-revolutionary, with a snappy list of the effects he expected e-books to have:

Old structures crumble, as did the Church.

"If all these upheavals were tardier than he hoped, it was because of the Mickey Mouse copyright laws. Every time men found a speedier way to spread information to each other, government made it illegal. During the lifetime of Project Gutenberg alone, the average time a book stayed in copyright in America rose from 30 to almost 100 years. Mr Hart tried to keep out of trouble, posting works that were safely in the public domain, but chafed at being unable to give away books that were new, and fought all copyright extensions like a tiger. “Unlimited distribution” was his mantra. Give everyone everything! Break the bars of ignorance down!

"The power of plain words

"He lived without a mobile phone, in a chaos of books and wiring. The computer hardware in his basement, from where he kept an unbossy watch over the whole project, often not bothering to pick up his monthly salary, was ten years old, and the software 20. Simple crowdsourcing was his management style, where people scanned or keyed in works they loved and sent them to him. Project Gutenberg books had a frugal look, with their Plain Vanilla ASCII format, which might have been produced on an old typewriter; but then it was content, not form, that mattered to Mr Hart. These were great thoughts, and he was sending them to people everywhere, available to read at the speed of light, and free as the air they breathed." (http://www.economist.com/node/21530075, accessed 09-27-2011).

♦ For another obituary of Michael Hart, of Urbana, Illinois, I recommend that in Brewster Kahle's Blog, post of September 7, 2011.