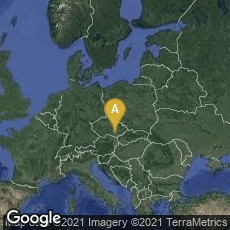 Mendel's Discovery of the Mendelian Ratios

In 1866 Austrian scientist and friar of the Augustinian Abbey of St Thomas in Brno (now Czech Republic) Gregor Mendel published "Versuche ber Pflanzen-Hybriden," Verhandlungen des naturforscheden Vereines in Brünn 4 1865, [3]-47 (1866). Reporting Mendel's eight years of experimental work on artificial plant hybridization, this paper recorded the discovery of the Mendelian ratios, the most significant single achievement in the history of genetics. Working with clearly identifiable traits in the pea plant, (seed color and shape, stem length, position of the flowers) Gregor Mendel discovered a generalized set of rules concerning heredity. He postulated that there are discrete units of heredity (what we call genes) that are transmitted from generation to generation even though some of these are not expressed as an observable trait in every generation. He discovered dominant and recessive traits— what we call segregation and what we call alleles.

"In comparison with his predecessors, Mendel was original in his approach, and in his interpretation of experimental results. He reduced the hitherto extremely complex problem of crossing and heredity to an elementary level appropriate to exact analysis. He left nothing to chance. . . . Altogether new was his use of large populations of experimental plants, which allowed him to express his experimental results in numbers and subject them to mathematical treatment. By the statistical analysis of large numbers Mendel succeeded in extracting "laws" from seemingly random phenomena. This method, quite common today, was then entirely novel. Mendel, inspired by physical sciences, was the first to apply it to the solution of a basic biological problem and to explain the significance of a numerical ratio" (D.S.B.).

Published in the obscure journal of a provincial natural science society, Mendel's work went virtually unnoticed, and remained so until 1900 when the Mendelian ratios were independently rediscovered by Hugo de Vries, Carl Correns and Erich von Tschermak.