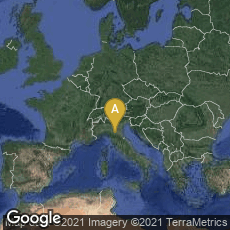 In 1700 Italian physician Bernardino Ramazzini issued De morbis artificium diatriba from the press of Antonio Capponi in Modena. Ramazzini's book on the diseases of workers was the first comprehensive and systematic treatise on occupational medicine; it was also the foundation work in ergonomics.

“The Western medical tradition, with its emphasis on humoral imbalance as the cause of illness, for centuries did not really favor the idea that certain diseases might be due to one’s occupation or environment. Egyptians knew that the blacksmith was ‘grilled’ by the furnace, and in Roman times Lucretius mentioned the ‘malignant breath’ of gold miners, and noted ‘how speedily men die and how their vital forces fail when they are driven by dire necessity to endure such work.’ . . . In the sixteenth century the ever insolent Paracelsus wrote a monograph on diseases of metalworkers, and the metallurgist and physician Georgius Agricola connected the injured lungs of Silesian miners to the dust they breathed, But the founder of investigation into occupational and environmental diseases is generally conceded to be the great Italian physician Bernardino Ramazzini” (Simmons, Doctors and Discoveries: Lives That Created Today’s Medicine, p. 123).

Ramazzini decided to study occupational diseases after a chance encounter with a cesspool cleaner, from whom he learned of the eye afflictions and other dangers attached to that profession. He compiled information from the available sources on the subject and also performed firsthand research, visiting workers and noting their particular illnesses and infirmities.

“In his first edition, Ramazzini addresses some forty-two groups. Miners are discussed in the first chapter, for their suffering is most pronounced and the cause is obvious. But artisans of all kinds are represented. There are chapters on diseases of apothecaries, bakers, millers, painters, and soap makers. Ramazzini details metal poisoning in metalworkers, and silicosis in stonemasons. The seventeenth chapter is devoted to tobacco workers” (Simmons, p. 125).

Ramazzini also discussed the occupational diseases of women, recommending that midwives practice cleanliness and take precautions against syphilitic infections. Ramazzini recognized that a number of workers’ diseases were caused by the taxing postures and repetitive motions required by professions such as shoemaking, tailoring and writing; he is thus considered a founder of ergonomics. He suggested ways to prevent these ailments:

“Standing, even for a short time, proves so exhausting compared with walking and running . . . It follows that whenever occasion offers, we must advise men employed in the standing trades to interrupt when they can that too prolonged posture by sitting or walking about or exercising the body in some way. . . . Those who sit at their work and are therefore called “chair-workers,” such as cobblers and tailors become bent, hump-backed, and hold their heads down like people looking for something on the ground . . . These workers, then, suffer from general ill-health caused by their sedentary life. . . . The maladies that afflict the clerks arise from three causes: First, constant sitting, secondly the incessant movement of the hand and always in the same direction . . . Incessant driving of the pen over paper causes intense fatigue of the hand and the whole arm because of the continuous and almost tonic strain on the muscles and tendons, which in course of time results in failure of power in the right hand. All sedentary workers suffer from lumbago. They should be advised to take physical exercise, at any rate on holidays. Let them make the best use they can of [exercise] one day, and so to some extent counteract the harm done by many days of sedentary life”( http://ergonomenon.com/ergonomics-articles/bernardino-ramazzini-the-first-ergonomist-and-what-have-we-learned-from-him/, accessed 06-05-2012).

Ramazzini's book was translated into English as A Treatise on the Diseases of Tradesmen (London, 1705). Through various Latin editions and translations into Italian, German, French and Dutch it was also influential in the history of economics. Adam Smith cited it in his Wealth of Nations, and Karl Marx cited it in Das Kapital.

In 1713 Ramazzini expanded his text. This revised edition was reprinted with a parallel English translation by Wilmer Cave Wright and published as De Morbis Artificum Bernardini Ramazzini Diseases of Workers (1940).

de Prony Produces Mathematical Tables Calculated by Hairdressers Unemployed after the French Revolution
Adam Smith's Publishes "An Inquiry into the Nature and Causes of the Wealth of Nations"
Richard Cantillon's Book, "The First Treatise on Economics," is Posthumously Published
"How the antiquarian book market has evolved for life on the web"