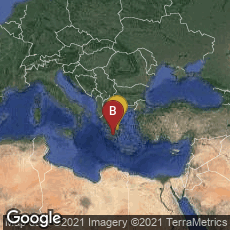 The Diolkos Paved Trackway for Ships Across the Isthmus of Corinth Image Source: en.wikipedia.org
Excavated western end of the Doikos close to the Gulf of Corinth.

Between about 600 BCE and 50 CE the Diolkos, a paved trackway for ships, or rutway, was in operation across the Isthmus of Corinth, enabling ancient vessels to avoid the long and dangerous navigation of the Peloponnesos.  As the Diolkos was open to all boats upon receipt of payment, the 6 km (3.7 mi) to 8.5 km (5.3 mi) long roadway, which used cut stone tracks to haul boats pulled by animals, has been viewed by historians as a kind of public railway.

The main function of the Diolkos was the transfer of goods, although in wartime it also became a preferred means of speeding up naval campaigns.