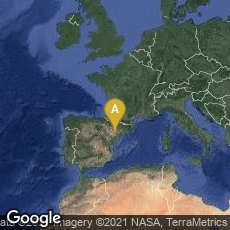 Sebastian Brant's "Book Fool", and Others Appropriately perhaps, the book fool is the first book Brant discusses and illustrates after his title page. From the copy in the Bayerische Staatsbibliothek.

In February 1494 Sebastian Brant published Das Narrenschiff (The Ship of Fools) in Basel, Switzerland at the press of Johann Bergmann, de Olpe. Some of the woodcuts illustrating this work were by the young Albrecht Dürer.

Brandt's satire became a great bestseller. It included a characterization and woodcut illustration of the "book fool" who enjoyed owning many books but read few of them. That book-collecting had become a topic for satire by this time is a reflection of the proliferation of books since the invention of printing by movable type.

The popularity of Brandt's satire was also a reflection of the proliferation of books. Twenty-six different editions appeared in the 15th century. Brandt authorized six editions in German during his lifetime and there were at least six other unauthorized editions published. The work was translated into Latin by Jacob Locher in 1497 (Stultifera Navis), into French by Paul Rivière in 1497 and by Jehan Droyn in 1498. An English verse translation by Alexander Barclay appeared in London in 1509, and again in 1570; one in prose by Henry Watson in London, 1509; and again 1517. It was also rendered into Dutch and Low German.

ISTC no. ib01080000. In November 2013 a digital facsimile of the first edition was available from the Bayerische Staatsbibliotheck at this link.