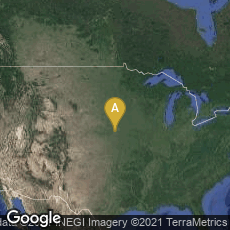 Jane Austin and Walter Scott Were the Two Most Influential Novelists of the 19th Century: A Discovery Made Through Digital Humanities Research "ANY list of the leading novelists of the 19th century, writing in English, would almost surely include Charles Dickens, Thomas Hardy, Herman Melville, Nathaniel Hawthorne and Mark Twain.

"But they do not appear at the top of a list of the most influential writers of their time. Instead, a recent study has found, Jane Austen, author of 'Pride and Prejudice,' and Sir Walter Scott, the creator of 'Ivanhoe,' had the greatest effect on other authors, in terms of writing style and themes.

"These two were 'the literary equivalent of Homo erectus, or, if you prefer, Adam and Eve,' Matthew L. Jockers [of the University of Nebraska-Lincoln] wrote in research published last year. He based his conclusion on an analysis of 3,592 works published from 1780 to 1900. It was a lot of digging, and a computer did it.

"The study, which involved statistical parsing and aggregation of thousands of novels, made other striking observations. For example, Austen’s works cluster tightly together in style and theme, while those of George Eliot (a k a Mary Ann Evans) range more broadly, and more closely resemble the patterns of male writers. Using similar criteria, Harriet Beecher Stowe was 20 years ahead of her time, said Mr. Jockers, whose research will soon be published in a book, 'Macroanalysis: Digital Methods and Literary History' (University of Illinois Press)" (http://www.nytimes.com/2013/01/27/technology/literary-history-seen-through-big-datas-lens.html?nl=todaysheadlines&emc=edit_th_20130127&_r=0, accessed 01-27-2013).