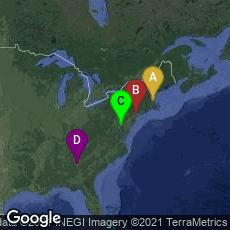 On January 23, 2012 Erik Brynjolfsson and Andrew McAfee of MIT issued Race Against the Machine: How the Digital Revolution is Accelerating Innovation, Driving Productivity, and Irreversibly Transforming Employment and the Economy.

Drawing on research by their team at the Center for Digital Business at MIT, the authors showed that digital technologies are rapidly encroaching on skills that used to belong to humans alone.

"This phenomenon is both broad and deep, and has profound economic implications. Many of these implications are positive; digital innovation increases productivity, reduces prices (sometimes to zero), and grows the overall economic pie.

"But digital innovation has also changed how the economic pie is distributed, and here the news is not good for the median worker. As technology races ahead, it can leave many people behind. Workers whose skills have been mastered by computers have less to offer the job market, and see their wages and prospects shrink. Entrepreneurial business models, new organizational structures and different institutions are needed to ensure that the average worker is not left behind by cutting-edge machines.

"In Race Against the Machine Brynjolfsson and McAfee bring together a range of statistics, examples, and arguments to show that technological progress is accelerating, and that this trend has deep consequences for skills, wages, and jobs. The book makes the case that employment prospects are grim for many today not because there's been technology has stagnated, but instead because we humans and our organizations aren't keeping up."

About a year later, on January 13, 2013, CBS television's 60 Minutes broadcast a report on automation in the workplace taking the viewpoint expressed in Brynjolfsson and McAfee's book entitled "Are robots hurting job growth?" (accessed 01-27-2013).

Following up on the issue, on January 23, 2013 John Markoff published an article in The New York Times entitled "Robot Makers Spread Global Gospel of Automation." Markoff reported that Henrik I. Christensen, the Kuka Chair of Robotics at Georgia Institue of Technology's College of Computing was highly critical of the 60 Minutes report.

"During his talk, Dr. Christensen said that the evidence indicated that the opposite was true. While automation may transform the work force and eliminate certain jobs, it also creates new kinds of jobs that are generally better paying and that require higher-skilled workers.

" 'We see today that the U.S. is still the biggest manufacturing country in terms of dollar value,' Dr. Christensen said. 'It’s also important to remember that manufacturing produces more jobs in associated areas than anything else.'

"An official of the International Federation of Robotics acknowledged that the automation debate had sprung back to life in the United States, but he said that America was alone in its anxiety over robots and automation.

'This is not happening in either Europe or Japan,' said Andreas Bauer, chairman of the federation’s industrial robot suppliers group and an executive at Kuka Robotics, a German robot maker.

"To buttress its claim that automation is not a job killer but instead a way for the United States to compete against increasingly advanced foreign competitors, the industry group reported findings on Tuesday that it said it would publish in February. The federation said the industry would directly and indirectly create from 1.9 million to 3.5 million jobs globally by 2020.

"The federation held a news media event at which two chief executives of small American manufacturers described how they had been able to both increase employment and compete against foreign companies by relying heavily on automation and robots.

Also making the case was Drew Greenblatt, the widely quoted president and owner of Marlin Steel, a Baltimore manufacturer of steel products that has managed to expand and add jobs by deploying robots and other machines to increase worker productivity.

“ 'In December, we won a job from a Chicago company that for over a decade has bought from China,' he said. 'It’s a sheet-metal bracket; 160,000 sheet-metal brackets, year in, year out. They were made in China, now they’re made in Baltimore, using steel from a plant in Indiana and the robot was made in Connecticut.'

"A German robotics engineer argued that automation was essential to preserve jobs and also vital to make it possible for national economies to support social programs.

“ 'Countries that have high productivity can afford to have a good social system and a good health system,' said Alexander Verl, head of the Fraunhofer Institute for Manufacturing Engineering in Germany. “You see that to some extent in Germany or in Sweden. These are countries that are highly automated but at the same time they spend money on elderly care and the health system.'

"In the report presented Tuesday by the federation, the United States lags Germany, South Korea and Japan in the density of manufacturing robots employed (measured as the number of robots per 10,000 human workers). South Korea, in particular, sharply increased its robot-to-worker ratio in the last three years and Germany has twice the robot density as the United States, according to a presentation made by John Dulchinos, a board member of the Robot Industries Association and the chief executive of Adept Technology, a Pleasanton, Calif., maker of robots.

"The report indicates that although China and Brazil are increasing the number of robots in their factories, they still trail the advanced manufacturing countries.

"Mr. Dulchinos said that the United States had only itself to blame for the decline of its manufacturing sector in the last decade.

“ 'I can tell you that in the late 1990s my company’s biggest segment was the cellular phone market,' he said. 'Almost overnight that industry went away, in part because we didn’t do as good a job as was required to make that industry competitive.'

"He said that if American robots had been more advanced it would have been possible for those companies to maintain the lowest cost of production in the United States.

“ 'They got all packed up and shipped to China,' Mr. Dulchinos said. 'And so you fast-forward to today and there are over a billion cellphones produced a year and not a single one is produced in the United States.'

"Yet, in the face of growing anxiety about the effects of automation on the economy, there were a number of bright spots. The industry is now generating $25 billion in annual revenue. The federation expects 1.6 million robots to be produced each year by 2015."