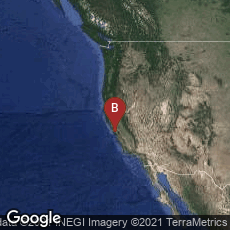 Jim Harvey and Phil Fialer (which one is which is unspecified)

In 1959 Philip A. Fialer and James Harvey, students in Professor Jack Herriot’s computer course, "Math 139, Theory and Operation of Computing Machines," at Stanford University, devised the "Marriage Planning Service" as a final math class project, pairing up 49 men and 49 women. For the project Fialer and Harvey had limited access to Stanford's newly acquired IBM 650 computer.

"The notion of melding Math 139 with the Great- Date-Matching Party surfaced early in the quarter when Fialer and Harvey needed to come up with a term project. For some time, Fialer and Harvey had hosted parties in houses that they rented with several electrical engineering and KZSU buddies at 1203 and 1215 Los Trancos Woods Road in Portola Valley. Student nurses from the Veterans Administration psychiatric hospital on Willow Road in Menlo Park were often invited. The boys represented themselves to the nurses as the “SRI Junior Engineers Social Club”—which was at least partially true, since one Los Trancos housemate worked summers and part-time as a junior engineer at Stanford Research Institute (SRI). KZSU radio station parties also were held in Los Trancos, featuring the KZSU musical band marching around the Los Trancos circle loop road at midnight. (This somewhat impromptu band was the basis for the current Los Trancos Woods Community Marching Band, officially organized at a KZSU party on New Year’s Eve in 1960.)

'Fialer and Harvey figured a KZSU-Los Trancos type party could emerge as a positive by-product of Math 139, using the computer to match “a given number of items of one class to the same number of items of another class.” The classes would be male and female subjects, and the population would be Stanford students, with a few miscellaneous Los Trancos Woods residents thrown in.

"The pair wrote a program to measure the differences in respondents’ answers to a questionnaire. A “difference” score was then computed for each possible male-female pair.

"The program compared one member of a “class”—one man—with all members of the other class—women—and then repeated this for all members of the first class. The couple—a member from each class—with the lowest difference score was then matched, and the process repeated for the remaining members of each class. Thus, the first couple selected was the “best” match. As fewer couples remained in the pool, the matched couples had larger and larger difference scores.

"Given the limitations of computer time available and the requirements of the course, Fialer and Harvey did not use a “best-fit” algorithm, so the last remaining pairs were indeed truly “odd” couples. Two of the women in the sample, not Stanford students, were single mothers with two or three children. One of them, age 30, ended up paired with a frosh member of the Stanford Marching Band" (Computers in Love: Stanford and the First Trials of Computer Date Matching by C. Stewart Gillmor http://www.mgb67.com/computersinlove.htm, accessed 02-14-2013).

On February 13, 2013 The New York Times published a video interview with Fialer and Harvey regarding their early experiment in computer dating, called The Dawn of Computer Love .In the interview they called the project the "Marriage Planning Service." The video showed pages from the program they wrote for the matching process, as apparently their complete file for the project was preserved.