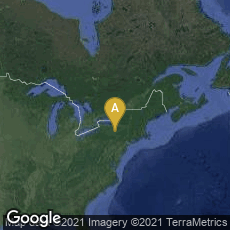 The IBM 650 computer system was called a data processing machine rather than a computer.

In 1953 IBM Endicott, New York, announced the IBM 650 Magnetic Drum Data Processing Machine. This was the first mass-produced computer. Between 1953 and 1962 almost 2000 systems were produced. At this time IBM was reluctant to call the machine a computer, since that term was so closely associated with UNIVAC.

"the IBM 650 Magnetic Drum Data Processing Machine brought a new level of reliability to the young field of electronic computing. For example, whenever a random processing error occurred, the 650 could automatically repeat portions of the processing by restarting the program at one of a number of breaking points and then go on to complete the processing if the error did not reoccur. That was a big improvement over the previous procedure requiring the user to direct the machine to repeat the process.

"At the time the 650 was announced, IBM said it would be "a vital factor in familiarizing business and industry with the stored program principles." And it certainly did just that.

"The original market forecast for the 650 envisioned that a mere 50 machines would be sold or installed. But by mid-1955, there already were more than 75 installed and operating, and the company expected to deliver "more than 700" additional 650s in the next few years. Just one year later, there were 300 machines installed -- many more times than all of the IBM 700 series large-scale computers combined -- and new 650s were coming off the production line at the rate of one every day. In all, nearly 2,000 were produced before manufacturing was completed in 1962. No other electronic computer had been produced in such quantity.

"In net terms, the development requirement underlying the 650 was for a small, reliable machine offering the versatility of a stored-program computer that could operate within the traditional punched card environment. IBM -- and the industry -- wanted a machine capable of performing arithmetic, storing data, processing instructions and providing suitable read-write speeds at reasonable cost. The magnetic drum concept was seen as the answer to the speed and storage problems.