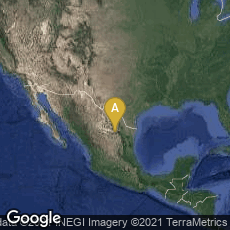 A Series of 12 Daguerreotypes are the Earliest Photographs of War Image Source: brbl-dl.library.yale.edu
According to Yale's Beinicke Library these 12 daguerreotypes in a walnut case are the earliest photographs of war.

According to Yale's Beinicke Rare Book and Manuscript Library's online exhibition, The Power of Pictures, depicting an exhibition at the library from October to December 2013, the earliest photographs of war were made in 1847 by an unknown daguerreotype photographer in Saltillo, Mexico, during the Mexican-American War (1846-1848):

"Twelve daguerreotypes in a walnut case depict U.S. Army troops, General John Wool and his staff, Lieutenant Abner Doubleday, the Virginia Regiment, an artillery battalion, and scenes around town. The presence of the photographer when the image was made lent an eye-witness authenticity to war photographs that paintings or prints struggled to attain. Perhaps the photographer of the Civil War, Alexander Gardner, put it best when he suggested, 'Verbal representations of such places, or scenes, may or may not have the merit of accuracy; but photographic presentments of them will be accepted by posterity with an undoubting faith' " (http://beinecke.library.yale.edu/exhibitions/social-commemoration, accessed 10-27-2013).