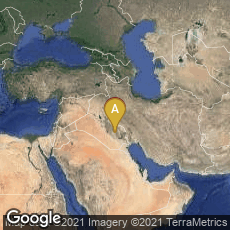 The Garsana Archive of Cuneiform Tablets is Returned to Iraq On November 2, 2013 it was announced that Cornell University planned to forfeit and return to Iraq the archive of about 1400 cuneiform tablets known as the Garšana archive (Garsana), which was donated to Cornell beginning in the year 2000. The archive was returned under the assumption that the tablets were looted in Iraq after the 1991 Gulf War.

The Garšana archive represents the records of a rural estate at or near the town of Garšana located somewhere in the territory of the Sumerian city of Umma, probably in the vicinity of ancient Zabalam (Zabala) and Karkar. The tablets date from an eight year period, 2031-2024 BCE, during the Third Dynasty of Ur.

"The estate was owned by Šu-Kabta, a physician and general, and his wife, the princess Simat-Ištaran. These documents record many of the daily functions of the estate and provide for the first time a comprehensive picture of life on such an estate. Detailed information on the construction and maintenance of the many buildings on the estate that included a brewery, textile and flour mills, leather working shop, and kitchen; the hiring and supervision of builders and laborers coming from various towns near and far; management of orchards; canal travel and trade between the estate and the cities of Sumer; and numerous other details of daily life. Particularly noteworthy are the funerary records of the family and the role of the princess Simat-Ištaran who assumed the control of the estate upon the death of her husband" (http://cuneiform.library.cornell.edu/collections/garsana, accessed 11-03-2013).

"Among the tablets is the private archive of a 21st century BC Sumerian princess in the city of Garsana that has made scholars rethink the role of women in the ancient kingdom of Ur. The administrative records show Simat-Ishtaran ruled the estate after her husband died.

"During her reign, women attained remarkably high status. They supervised men, received salaries equal to their male counterparts' and worked in construction, the clay tablets reveal.

" 'It's our first real archival discovery of an institution run by a woman,' said David Owen, the Cornell researcher who has led the study of the tablets. Because scholars do not know precisely where the tablets were found, however, the site of ancient Garsana cannot be excavated for further information.

"Other tablets provide detailed administrative records of ancient life, including the procedures for temple rituals, the resettlement of refugees and the output of agricultural lands.

"The source of the Garsana tablets was the subject of a 2001 investigation by the Department of Homeland Security, according to records obtained by Harvard researcher Benjamin Studevent-Hickman under the Freedom of Information Act. Buying and possessing antiquities illegally removed from countries such as Iraq, which claim them as government property, can be a violation of U.S. law" (http://www.latimes.com/entertainment/arts/culture/la-et-cm-iraq-tablets-cornell-university-20131103,0,7036026.story#axzz2jav6tYSE, accessed 11-03-2013).