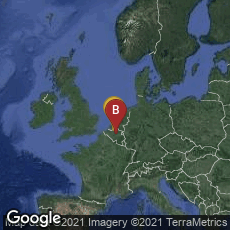 On November 12, 2013 it was reported that Belgian radio broadcaster Stijn van de Voorde asked asked Jan Tytgat, professor of toxicology and pharmacology at the Catholic University of Leuven, to test the ten most borrowed books at Antwerp public library. Among the findings:

Prof. Tytgat commented that "The levels found won't have a pharmacological effect. Your consciousness or behaviour won't change as a result of reading the tomes." However, people tested after reading the book would test positive for cocaine.

Prof Tytgat added that "Today's testing methods are so sensitive that traces of the drug originating from a contaminated book will be found in your hair, blood and urine" (http://www.deredactie.be/cm/vrtnieuws.english/News/131112_50Shades, accessed 11-15-2013).