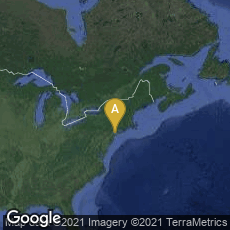 In 1966 Joseph Raben, professor of English at Queens College in the City University of New York, founded Computers and the Humanities to report on significant new research concerning the application of computer methods to humanities scholarship. This was the first periodical in the nascent field later known as digital humanities, or humanities computing. The "Prospect" of the first issue of the journal, published in September, 1966, (p. 1) placed the field in the context of traditional humanities:

"We define humanities as broadly as possible. our interests include literature of all times and countries, music, the visual arts, folklore, the non-mathematical aspects of linguistics, and all phases of the social sciences that stress the humane. when, for example, the archaeologist is concerned with fine arts of the past, when the sociologist studies the non-material facets of culture, when the linguist analyzes poetry, we may define their intentions as humanistic; if they employ computers, we wish to encourage them and to learn from them. (Prospect, 1966, p. 1)" quoted in Terras, Nyhan & Vanhoutte eds. Defining Digital Humanities: A Reader (2013) Introduction p. 3.

". . . . The first issue of Computers and the Humanities: A Newsletter (CHum) appeared in September 1966, and immediately began to outgrow its original conception. In an illustration of the paradox of success following an unplanned initiative, people of began to submit articles, and university libraries began to  subscribe. Within a few years, what started as a sixteen-page pamphlet  became the standard journal in its field, with a circulation of about 2000 in all parts of the globe, equal to that of the scholarly journals  of major universities. Among our contributors was J.M. Coetzee, who had worked as a computer programmer while building his reputation as a  novelist and who later won the Nobel Prize in Literature. Throughout the more than two decades that it served the scholarly community, CHum's policy was to present as comprehensive as possible a depiction of the computer's role in expanding the resources of the humanist scholar. Articles covered a wide spectrum of disciplines: literary and linguistic subjects, of course, but also also archaeology, musicology, history, art history, and machine translation. . . ."